The opening scene shows Anjali (Trisha Krishnan) in white, like an angel, sitting on a white bench feeding a white pigeon by a calm ocean and a police officer (Devan) coming and sitting by her side and exchanging pleasantries and suddenly she whips out a knife and kills him saying that she has been waiting for this moment for many years.

After that, the scene shifts to Aadhi (Vijay) who lives with his foster parents (Manivannan) & (Seetha) in New Delhi. He takes up a course in a Chennai college against his parents’ wishes, while he is actually on mission to eliminate the people behind the murder of his blood family. Unable to be separated from Aadhi, his foster parents and their daughter cone to Chennai along with him.

It is revealed that Anjali is studying in the same college as Aadhi and she also has her own agenda to seek revenge on her parents’ killers, and she is assisted by her uncle Ramachandran (Nassar). Now the villain RDX(Sai Kumar (Tollywood actor)) enters and is shown to have a dispute with another person Pattabhi (Rajan P. Dev). To exact their revenge Anjali’s uncle attempts to kill one of RDX’s henchmen but fails to do so since Aadhi kills the henchman. Naturally RDX assumes that the killer can be none other than Pattabhi and so kills him. However Aadhi arrives on the scene and with help from Bullet(Vivek) threatens RDX telling that he was the one who killed Sada and that he will also kill Abdullah(Adithya Menon). As typical Abdullah gets angry and goes to kill Aadhi but fails and Aadhi kills Abdullah while his foster parents are watching with horror. On being questioned Aadhi tells his story.

7.6
Die Hard: With a Vengeance 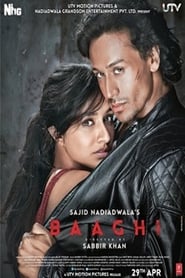