Hindi full move Aao Wish Karein 12 year old Mickey’s life was almost like a fairy tale, a beautiful family, best buddy ‘Bonnie’ and his angel on earth-Mitika. But one beautiful day Mickey’s fairy tale is shattered into a million pieces. It was the day he realized he was an adopted child and his 23 year old angel Mitika called him a ‘Kid’. Mickey was feeling so low that he wished for a miracle. He wished to become big. When he woke up the next morning his whole life changed. But is this miracle a blessing or a curse?
Twelve-year old Mickey Mehra lives a middle-classed lifestyle in Simla along with his father, Vikas, mother, Nisha, and sister, Mini. He is friendly with Bonny and Hitchcock, has a crush on 22-year old Mitika, and wishes that he was older so that he could woo and marry her. Hitchcock takes him to a wishing well, asks him to make a wish, and shortly thereafter Mickey turns into a six-foot tall 22-year old male. He leaves home hurriedly, moves in with Bonny, gets hired by Tiku Malhotra, acquaints himself with Mitika and both fall in love with each other. Complications arise when his distraught parents face bankruptcy, while his wish is on the verge of expiry – reverting him back to being a 12-year old again – with no chance of ever getting married to his sweetheart. 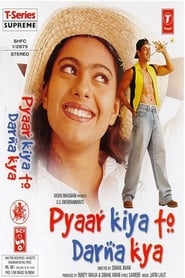