Three young lives from the present are mysteriously destined to travel back in time through a portal to an old forgotten city. It is an era of civil war among the people of Siam where the fight is to protect the capital city of Ayuthaya from being conquered and overthrown. Bloodshed is about to unfold among the small group of villagers loyal to their land and prepared to battle to the death with the opposing military troops of Ong Mien, known for their cut throat, piercing swords. 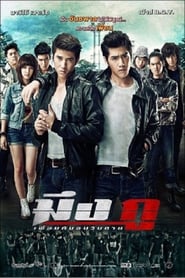